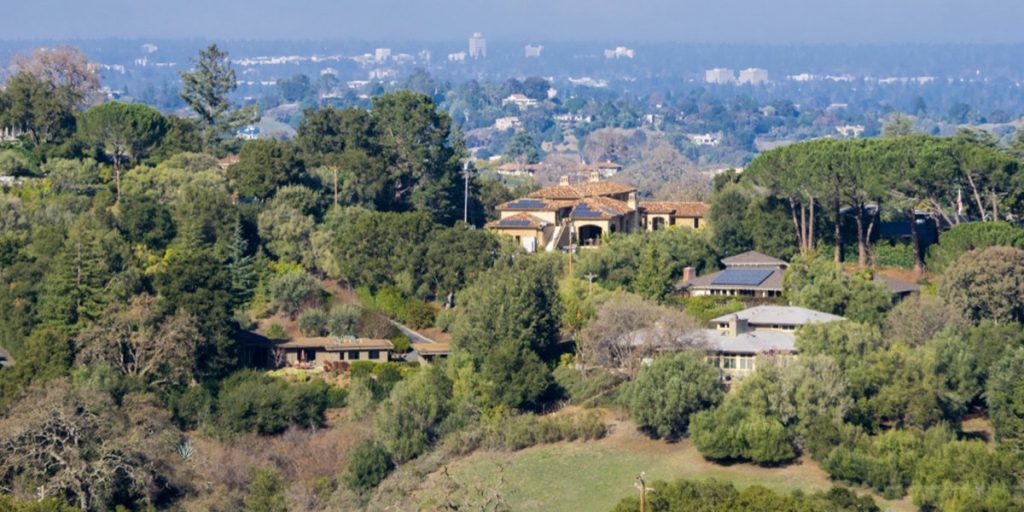 Los Altos is a city in Santa Clara County, California, in northern Silicon Valley, in the San Francisco Bay Area.

Most of the city’s growth occurred between 1950 and 1980. Originally an agricultural town with many summer cottages and apricot orchards, Los Altos is now an affluent commuter town for Silicon Valley. Los Altos has several distinctive features. Commercial zones are strictly limited to the downtown area and small shopping and office parks lining Foothill Expressway and El Camino Real.

Los Altos strives to maintain a semi-rural atmosphere. Los Altos has few sidewalks except in commercial zones and along arterial roads. Minimum lot size for most residential housing is one-quarter of an acre. Most roads have broad dirt shoulders and little or no street lighting. The civic center sits in the middle of an orchard, a remnant of those that once covered the area. The downtown is a triangle with arterials and collector streets on all sides that enable most through traffic to bypass Main Street.

Los Altos may have a legitimate claim to having the first scientifically designed sound baffle in the year 1970. Santa Clara County undertook a seminal study to calculate the effects of alternate soundwall designs along Foothill Expressway. The resulting wall brought about the predicted reduction of seven to ten decibels in noise pollution levels experienced by adjacent homes.

View All Listings in Los Altos