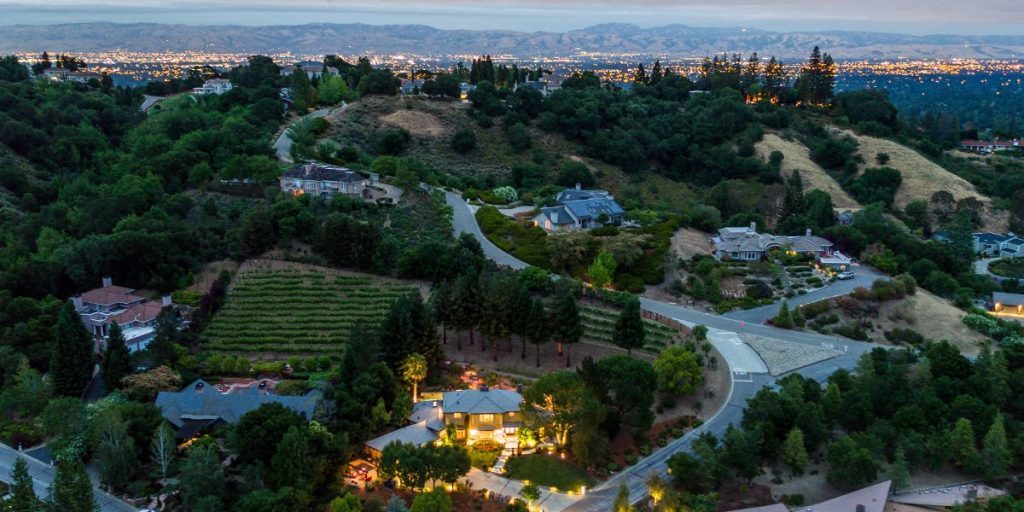 Noted for being amongst America’s most expensive and well-educated zip codes, Saratoga is located in the foothills of the Santa Cruz Mountains on the western edge of Silicon Valley. Bordering San Jose, Campbell, Los Gatos, Cupertino and Monte Sereno, Saratoga residents enjoy semi-rural living surrounded by redwood forests and wineries and a quaint downtown village filled with top-rated restaurants and boutique shopping.

Originally a frontier town, in 1847, the father of Benjamin Campbell (founder of nearby Campbell) built a saw mill in the area and the town was named McCathysville after a toll road built by Martin McCathy was built to service the saw mill in 1851.The saw mill brought about industry in the form of a furniture factory, tannery and paper factory and in 1863 was renamed Bank Mills. Only two years later it was, for the last time, renamed Saratoga following the discovery of nearby Pacific Congress Springs which happened to have similar mineral content to Congress Springs located in its namesake, Saratoga, New York.

Saratoga’s evolution didn’t stop there. In 1890 Paul Masson introduced Champagne grapes to the area when he opened his Mountain Winery gaining world recognition when his “champagne” won the prestigious Paris Award at the 1900 Paris Expo. Mountain Winery still exists today as a winery and local venue for world-class concerts in its open amphitheater with stunning views of Silicon Valley below.

Saratoga neighborhoods are affluent. Housing stock ranges from large estates in the Saratoga Hills to large ranch homes built in the 1970s on quarter lots in the so-called Golden Triangle. Smaller homes exist around the downtown area along Big Basin Way, known as The Village.

​It’s a community that brings together art, music and fine dining. Local outdoor events are popular weekend destinations for the surrounding area, as is hiking in the beautiful Santa Cruz Mountains. Villa Montalvo, the luxurious former home of Senator James Duval Phelan surrounded with 175 acres of park grounds is a popular destination for all of these events, as well as a center for the arts.

View All Listings in Saratoga